How to choose a fishing kayak

Which kayak is right for you?
If you’ve never used a kayak before you may not be sure which one you will need.  With so many models available on the market it is very confusing to make a decision on what to get.  More often, “whom” you purchase from is more important than what product you purchase.  Make sure the kayak you purchase is manufactured by a  reputable dealer that can assist with after sale service and advice.

There are basically 2 types of kayaks. They are Sit-On-Tops (SOT) and Sit In Kayaks (SIK). Each type has models that paddle well. For our purpose, we will concentrate on the Sit On Tops (SOT) as they are generally more popular because of their ease of use and safety factors.

What makes a kayak a good fishing kayak?
Fishermen often have needs that may be different than someone who is out strictly to paddle. Some of the basic features that fisherman prefer in a kayak are stability, storage, and enough flat surfaces to bolt on fishing extras such as rod holders and fish finders. Performance and maneuverability, while important to many, may not be the primary factors in choosing your first fishing kayak.  Start your decision process by answering some basic questions which will help you narrow down the kayak models that are most appropriate for you.

1. First consider you.
What are your height, weight, inseam measurements and general condition? If you’re a big or very tall person, there are certain kayaks that will suit you better. In fact, this will make your decision easier because finding the right kayak will be more a matter of finding one that handles your size and weight more than anything else. Look for kayaks with lots of leg-room and a weight capacity that will handle you and your gear.
If you’re a small to an average sized person getting a kayak that’s big, heavy, and has a 200 kg capacity probably isn’t your best choice. But if you’re going to fish in the ocean, a very small kayak wouldn’t be the best choice either. As you’ll see choosing a kayak can be a compromise of sorts. As you read on, consider the different factors and consider them while making your choice.

2. What vehicle are you going to use to transport your kayak?
If you’re using the back of a pickup truck, a bigger, heavier kayak isn’t a problem. If you have a large SUV, like a 4X4 station wagon, you should be conscious of the kayak’s weight because it will take some extra effort to get the kayak on and off of the roof of such a vehicle. The bottom line is that if your kayak is easy for you to load and unload you will use it more often.

Where do you plan on using the kayak?
Is it strictly going to be used in freshwater?  If so where?  Lakes, dams, small rivers, and streams?  Will you be fishing large, open bodies of water?  Do you plan on using it only in saltwater? Do you plan on fishing in the ocean and launching through the surf? Will you be the only one using the kayak or will the family, with different body shapes and weights use it?  How are you planning on getting the kayak to the water?  Can you simply drive it to the water and launch or do you plan on going into more remote areas where you can’t use a vehicle for the final leg? All these factors are important when choosing your kayak. 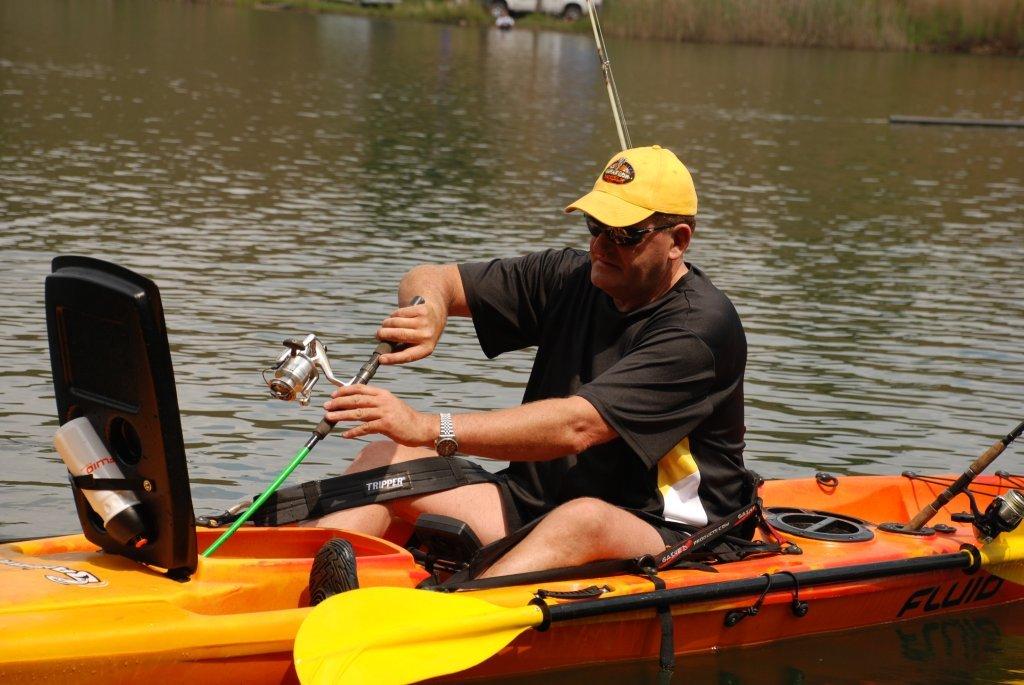 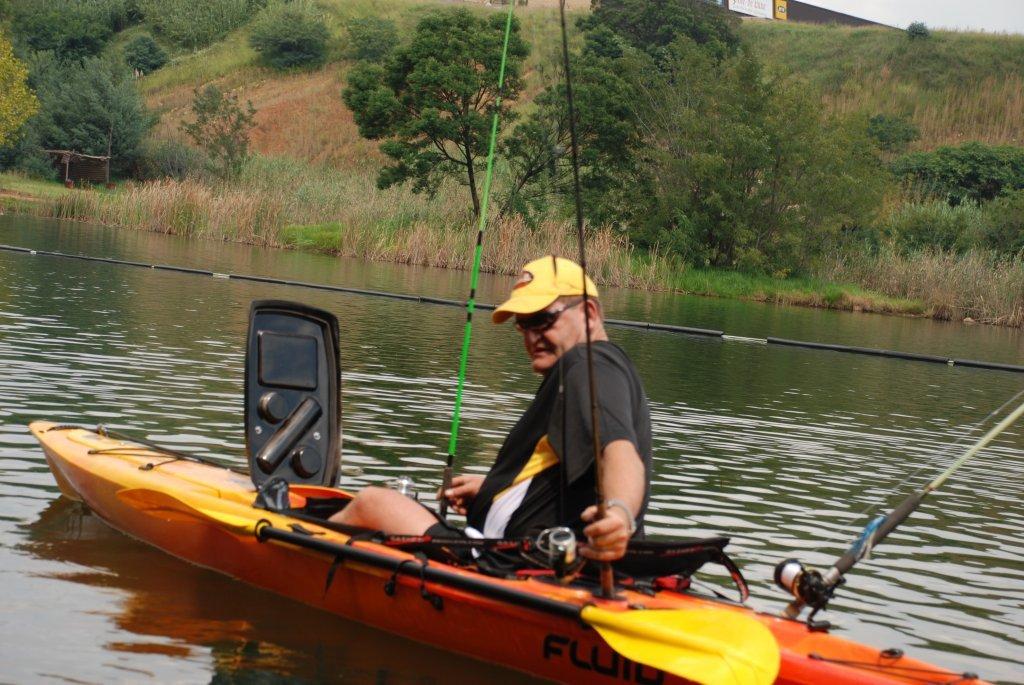 4. What fishing methods do you like to use?
Do you only use one style? Do you use artificial lures, fish with bait and live bait or both? Do you need room for a live-well? Do you plan on anchoring and chumming?  Do you fly fish?  Do you drop-shot?  Do you troll?  The type of gear you plan on attaching and taking along is going to affect your decision. The way you fish can affect which kayaks are going to better suit your needs.

5. What type of fisherman are you?
Are you strictly a catch and release fisherman, do you like to take the occasional meal home, or are you regularly taking fish home? Where are you going to store your catch?  Are you really going to catch 5 fish weighing 20kgs plus every time you launch?   Is there sufficient room and storage in the kayak you have selected?

Stability: Fishermen do something in a kayak that most people don’t – they fish. Therefore having a stable platform can be very important, especially to a person who is new to the sport and new to kayaks. When kayakers discuss stability they talk about 2 types. Initial and secondary stability. Initial stability is the side-to-side wobble that you feel when you sit in a kayak. Secondary stability is when the kayak is nearing its point of tipping and how much forgiveness it has before you actually tip.

Many recreational kayaks that are used for fishing have tremendous initial stability but have a very abrupt secondary. When they reach their secondary limit you’re literally dumped. Conversely, there are kayaks that wobble like mad but are very forgiving when they come to the tipping point. Most recreational fishing kayaks have a good compromise of both initial and secondary stability.

Since you sit on or near the floor of a SIK they tend to seem more stable. In Sot’s you sit on the kayak and since it has a double hull you also sit higher. This higher sitting position can initially make a SOT seem less stable. If you have a SOT and a SIK that are the same length and width the SIK will probably be more stable. Because of this SOT designers tend to make their kayaks wider. So no matter which style you choose there will be a model that you will feel comfortable in.

Initial stability can seem more important to beginners and secondary stability more important to seasoned kayakers. It makes sense. The beginner hasn’t developed a sense of balance yet. It’s a lot like learning how to ride a bicycle. When you start out it’s new so you think about it more. After a short while, it becomes second nature and you don’t think about it at all.

Speed: Generally, the longer and narrower a kayak the faster it is. SIKs are usually faster, however, there are fast SOTs too. Speed is only important if you need it. If the majority of your fishing is close to shore behind the backline or in small, protected areas, then you probably won’t need a long fast kayak. However, if you’re fishing a big lake or in the open ocean, the ability to cover long distances faster may be very important to you.

Maneuverability: If you’re going to fish in small rivers or narrow streams, you’ll probably want a kayak that is easy to maneuver. A long fast touring kayak will be more difficult to use in these situations and might take away from your overall fishing experience. A shorter SOT will suit you better in these types of environments. On big waters making a sharp turn usually isn’t crucial so a longer kayak is not a problem.

Accessory Friendly: One of the joys of kayak fishing is converting a simple recreational kayak into a very effective and compact fishing vessel. This is done by adding fishing accessories. How much you add depends largely on your fishing style and your philosophy on gear. Some fishermen just take a rod and a few lures along and others like to bring lots of gear along. No matter what your preference, simply adding one rod holder will greatly increase the fish-ability of your kayak. Lots of flat surfaces are nice for mounting accessories.  Fitting accessories and drilling holes in plastic is easily done without compromising the warranty of the product. 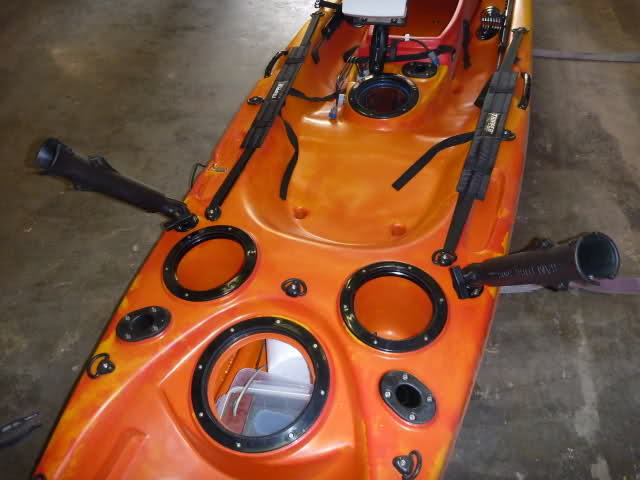 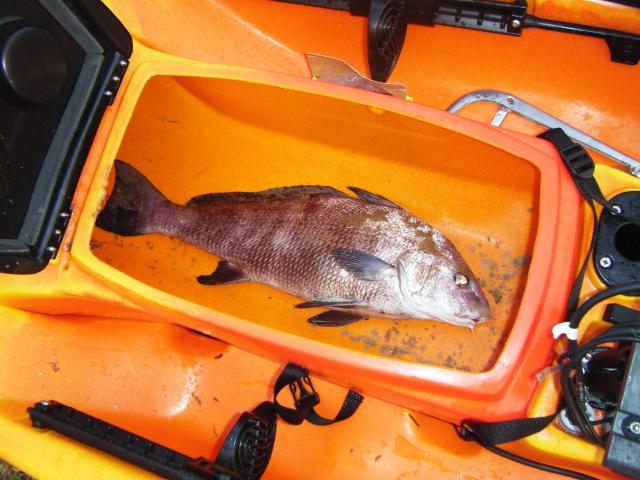 Storage: Fishermen tend to take a lot of gear with them. Organizing this gear requires that the kayak you have chosen has adequate storage. It doesn’t have to be a lot, but it’s nice to have a few different places to put your stuff. SOT kayaks have a double hull which means there is a lot of potential storage below the deck. Depending on your needs this may be very important to you. Maybe you plan on camping or making long journeys in your kayak. This large relatively dry storage area may appeal to you. If you plan on launching your kayak through the surf this space will allow you to stow rods bellow deck which will keep them safe while you pass through the surf zone.  Milk crates and other plastic containers can also be used for external storage.  They fit into the rear tank-wells of many kayaks.

Fishing Logistics: Kayak fishing takes place in many different environments, from large dams, bays, harbors, and the open ocean, but many of us fish some very small waters too. A small shallow river can be very easily fished with a short, lightweight kayak. Such a kayak will be easier to negotiate around obstacles such as logs, log jams, rocks, waterfalls & spillways, fast water, and rocky shallows. There will be times when you need to carry or drag your kayak around, over, or through these places. In these types of situations, a smaller and lighter plastic kayak is the better choice.  However, too small a kayak will limit you to smaller bodies of water.